'U.S. will continue to regard Azerbaijan as its valuable partner'
Former U.S. deputy assistant secretary of defense on air at Azeri.Today 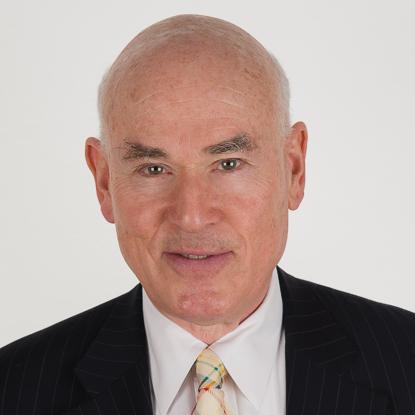 - Three months have passed since President Trump's inauguration. Are you satisfied with the foreign policy of the new administration on Middle East?

- The Trump presidency has reverted to traditional U.S. attitudes about the U.S. military and the use of the U.S. military to protect and support national interests. By words and deed, President Trump has shown a respect for the U.S. military that was not present in the Obama administration. Moreover, the Trump administration has shown a willingness to order the military to use its resources and abilities when situations have warranted the use of force to respond to an injury to U.S. interests. Recent such situations have included the Assad regime’s heinous use of chemical weapons against its own people and ISIS’s underground facilities in Afghanistan. Assad’s use of chemical weapons violated laws and norms that international stability and security rest upon, and ISIS used its underground facilities in Afghanistan to undermine stability and security in the region. In essence, the U.S. is back—together with the will to use military force for many of the purposes for which it used military force since 1941.

- Washington accused Assad of using chemical weapons against civilians. Where are the evidences? And if so, why did the UN Security Council not apply sanctions against Syria?

- Yes. The evidence supports the views of France, the United States and others that sarin was used on civilians in Syria in April 2017 and that it was used by the Assad forces. The U.N. Security Council resolution addressing this terrible act was vetoed by Assad’s ally, Russia.

- Do you think that new centers of instability can appear on the political map of the world? Are there preconditions for it?

- The NTI report features the growth of a nuclear threat in the Euro-Atlantic region and the need for approval of measures to reduce nuclear risks by the United States and Russia. How do you see the solution to this complex and actual problem?

- Although I agree that some measures to reduce nuclear risks between the United States and Russia can be effective, I believe that the greatest risks cannot be reduced by agreement. They can be reduced or eliminated only by self-restraint. For example, nuclear and other risks are enlarged when the military of one country flies a bomber capable of carrying nuclear weapons toward the territory of the other as if it was about to make a nuclear attack. This should not be done even if it gives the bomber crew the opportunity to practice making an attack. For another example, nuclear risks are enlarged when one of the countries adheres to a military doctrine that views nuclear weapons simply as tactical, available for use much like non-nuclear weapons to achieve the country’s political objectives by military means.

The world is made more dangerous and less safe for its inhabitants when the operating principle for a government is that if it is strong enough, it may use force to compel foreign people or governments to relinquish territory or to bend to its will. I believe that the government of Russia operates by this principle. Nuclear risks between the United States and Russia will persist so long as Russia operates by this principle The United States operates on the principle that the ambitions of governments and people should be resolved by law and negotiations and the use of force or the threat of force should be reserved only for defense and in exceptional circumstances.

- Do you think a nuclear incident involving the Russian and NATO armed forces is possible?

- Yes. The chance of an accidental nuclear incident can be reduced by some agreed measures (such as hot lines) but that won’t reduce the risk of a nuclear incident attendant upon acts of aggression.

- Nuclear terrorism is a threat for humanity. What will happen if radioactive materials fall into the hands of terrorists?

- Iran seeks to gain the status of a nuclear state. Do you think the West will allow Iran to turn into a nuclear power? And why does the West not want Iran to become a nuclear country?

- I hope the West will not allow Iran to obtain nuclear weapons. Iran has no legitimate need for nuclear weapons. Moreover, under its present form of government it is both irresponsible and a danger to any country or people within its reach. For many years it has been a major sponsor of terrorists and terrorism. Furthermore, it has publicly avowed a goal of annihilating another country-- Israel. Iran with nuclear weapons would endanger not only its enemies but also some of the countries with which it presently has good relations.

- In your opinion, how will the new administration develop its relations with the countries of the South Caucasus, in particular with Azerbaijan?